The soup spoon takes the shape of the percentage of Chinese immigrants of all new immigrants to the United States every decade from 1880 to 2010. The dip in the spoon shows the effect of the Chinese Exclusion Act, enacted from 1882 to 1943, which banned all immigration of foreign born Chinese to the United States.

This project focuses on the period during the Chinese Exclusion Act, which was the first federal law implemented to prevent a specific ethnic group from immigrating to the United States and set the precedent for later restrictions against immigration of other nationalities. 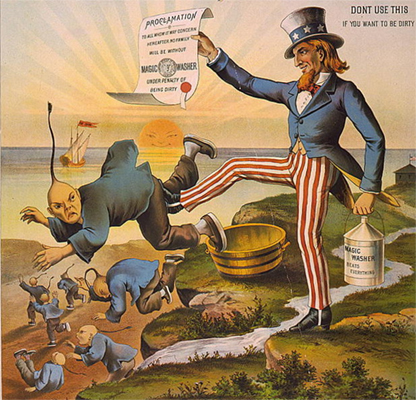 Uncle Sam kicks out the Chinaman, referring both to the 1882 Chinese Exclusion Act, and also to the "Magic Washer." The actual purpose of the poster was to promote the "George Dee Magic Washer," which the machine's manufacturers clearly hoped would displace Chinese laundry operators. Image published in 1886 - Copyright now expired.

Despite being crucial to the construction of the First Transcontinental Railroad, Chinese immigrants were increasingly seen as racially inferior and an economic threat due to their willingness to work for low wages. In 1882, the passage of the Chinese Exclusion Act represented the outcome of years of racial hostility and anti-immigrant agitation by white Americans. The law would not be repealed until the end of 1943, over 60 years later, when China was seen as an ally against the Japanese in World War II.

However, the 1943 act still allowed only 105 Chinese immigrants per year. It was not until the Immigration Act of 1965, which abolished the quota system based on national origins, that large-scale Chinese immigration to the United States was allowed to begin again after a hiatus of over 80 years.

The form of the spoon was based on a traditional Chinese soup spoon. However, the outer shape of the spoon was completely made algorithmically using data provided by the United States Census. When viewing the spoon in profile, the outer contour follows the approximate curve of the percentage of Chinese immigrants out of all new immigrants to the United States every decade from 1880 to 2010. An additional data point was added at 2015 to reflect more recent data. 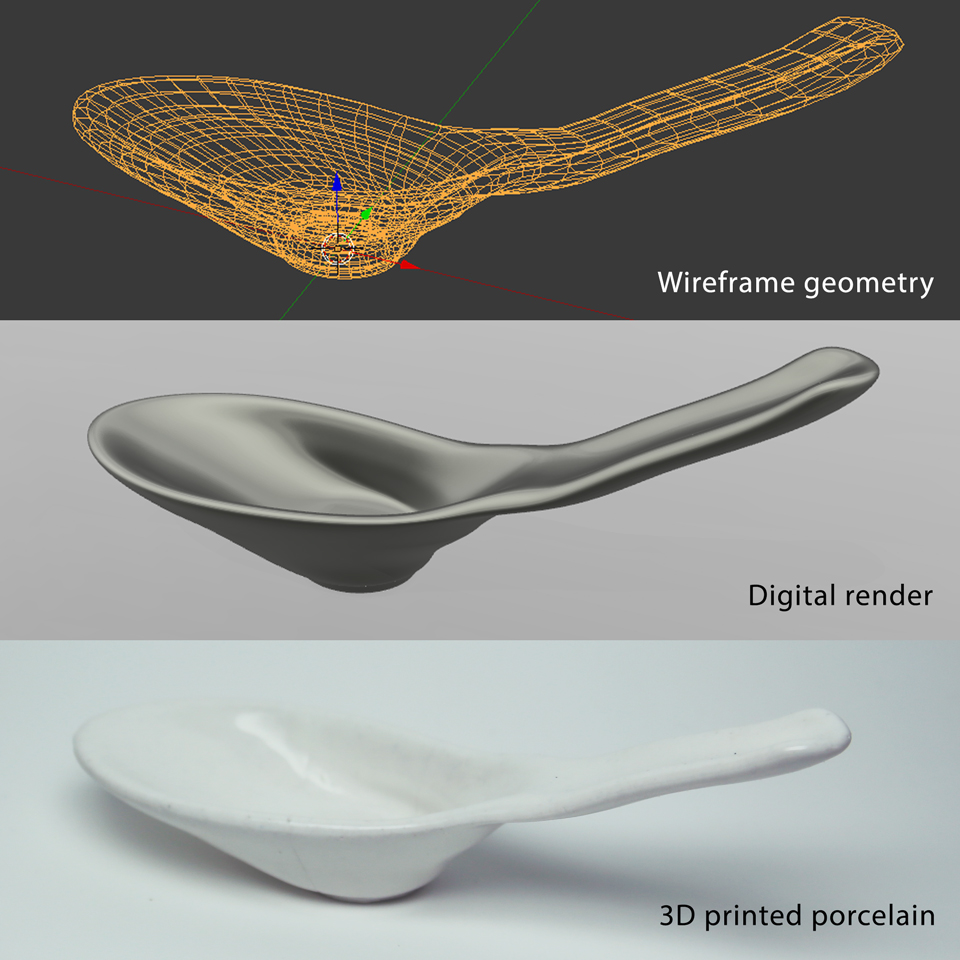